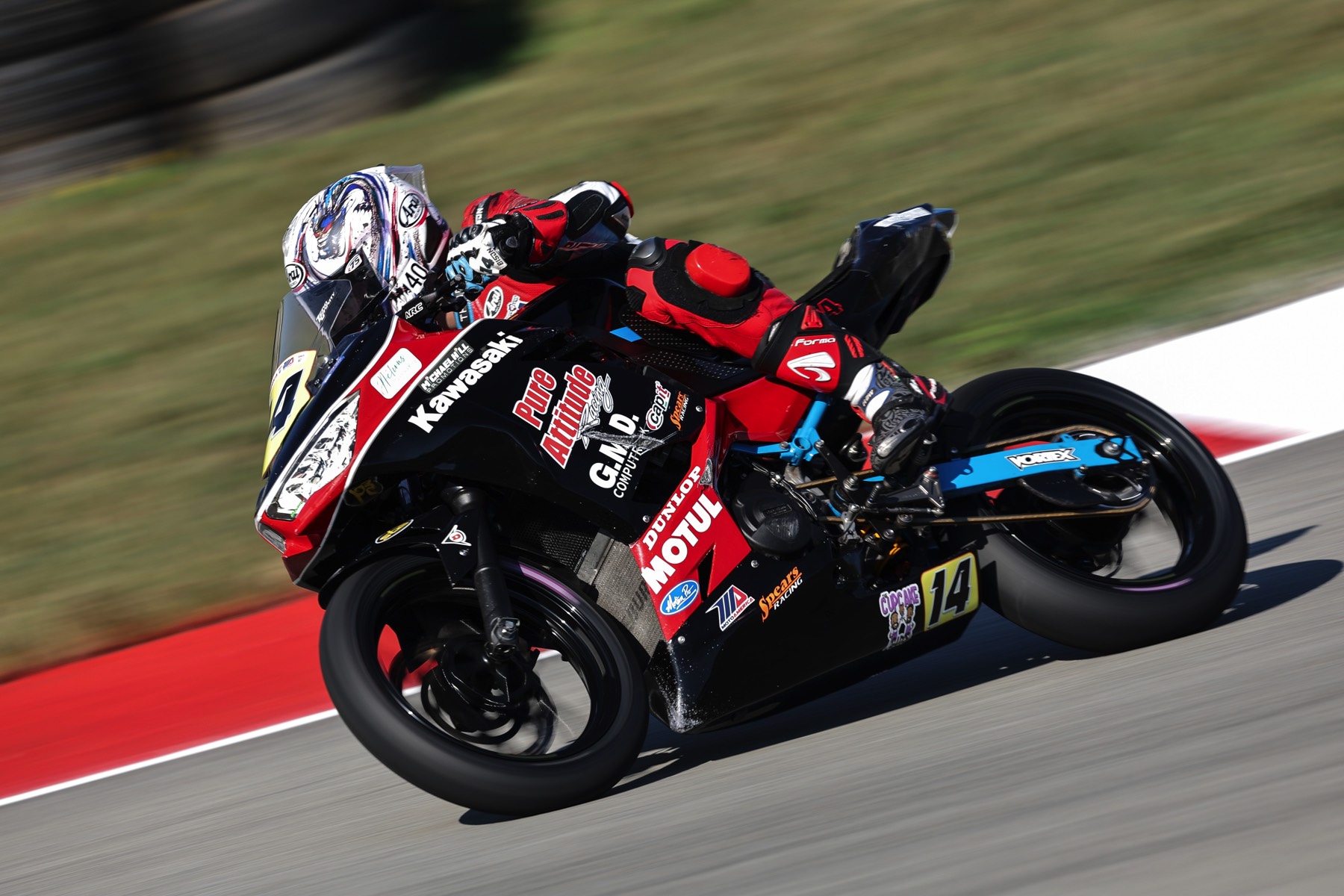 Pure Attitude Racing wishes to advise that their Junior Cup rider Chase Black will not compete in the next round of the 2022 MotoAmerica Junior Cup championship, the penultimate event of year at the New Jersey Motorsports Park.

It has been mutually agreed between the team and Chase’s family to allow the #14 to miss the next round of the series, thus allowing him to regroup and come out fighting in the season finale towards the end of September.

Chase has been one of the most improved riders in the Junior Cup series, securing his first front row start and narrowly missing the podium on a couple of occasions.

The Pure Attitude Racing team will therefore be present at NJMP with Twins Cup riders Liam MacDonald and Trevor Standish.