Pure Attitude Racing enter the 2022 season confident of achieving their best on-track results since the team began in 2015.

A meteoric rise from small Junior Cup team, that brought podium success, Pure Attitude Racing has developed in recent years, becoming one of the most recognised teams in the MotoAmerica paddock, with a media following on par with many leading Superbike entries.

Competing as a manufacturer supported team in the Twins Cup category for 2022, Pure Attitude Racing begins year two of a five-year plan that will see them further expand – the ultimate goal to win the MotoAmerica Superbike Championship. In addition to Twins Cup, they will also compete in the Junior Cup.

Pure Attitude Racing continue to run their ‘Academy’ program. Launched in 2019, the Pure Attitude Racing Academy (PARA) provides young riders the opportunity to work within a professional team environment. Riders are given both on and off-track coaching which not only helps them to develop their race craft but also supports them when it comes to dealing with media and fans, something that is as equally important in the racing world today. 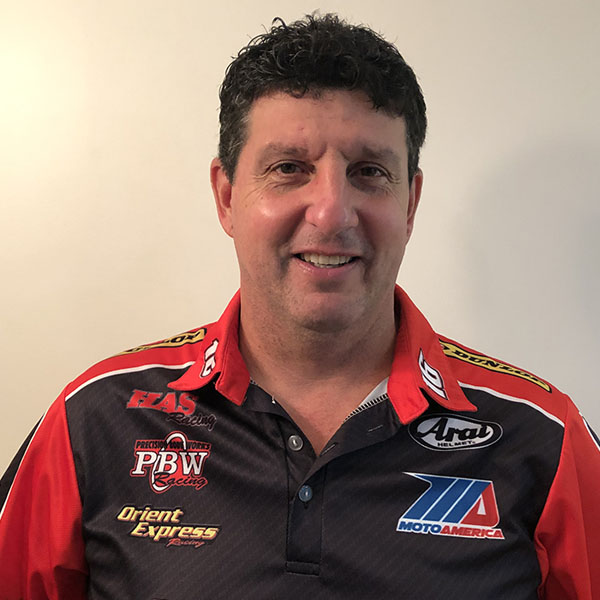 Dean is part of a family with four generations of racing history. He has spent over thirty-five years within the paddock of flat track and road racing, competing professionally for seventeen years. He also pursued Downhill Mountain Biking where he qualified for The USA Men’s Masters Olympic Team! Disillusioned with how the majority of teams in the US were structured, he started Pure Attitude Racing in 2014. 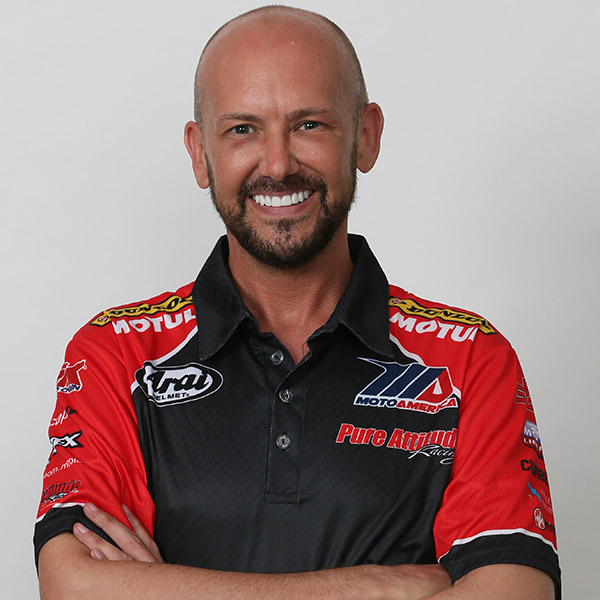 Michael has been working within the motorcycling world for over 15 years. From his early days as a freelance journalist, he is now recognised as the co-ordinator and host of the World Superbike Paddock Show, and the voice of MotoAmerica Live Plus. With Team Management and Press Officer experience, he also advises a number of riders on the World and Domestic stage in relation to their promotion both on and off track. 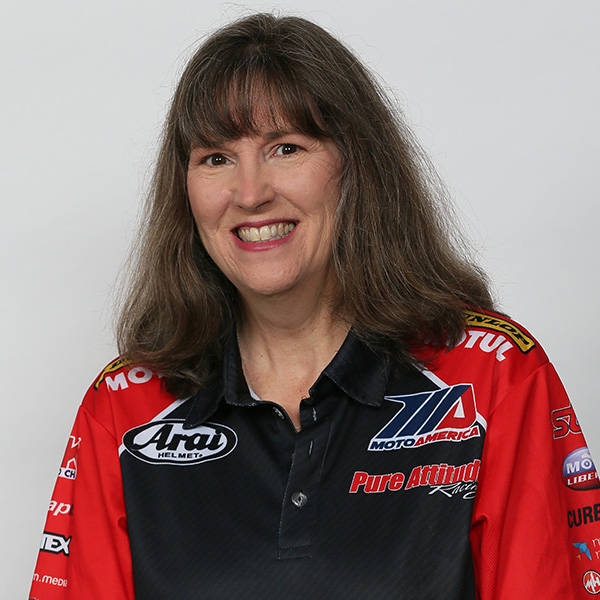 Cyndy Standish handles all of the logistics within the team.  With years of experience in Facility , where she handles all the events and employee engagements for a software company, Cyndy is responsible for team and crew travel, accomodation and hospitality. During race weekends, she personally takes care of the team’s hospitality, ensuring riders, crew and guests are catered for.  She also handles the team apparel and marketing swag for the fans.