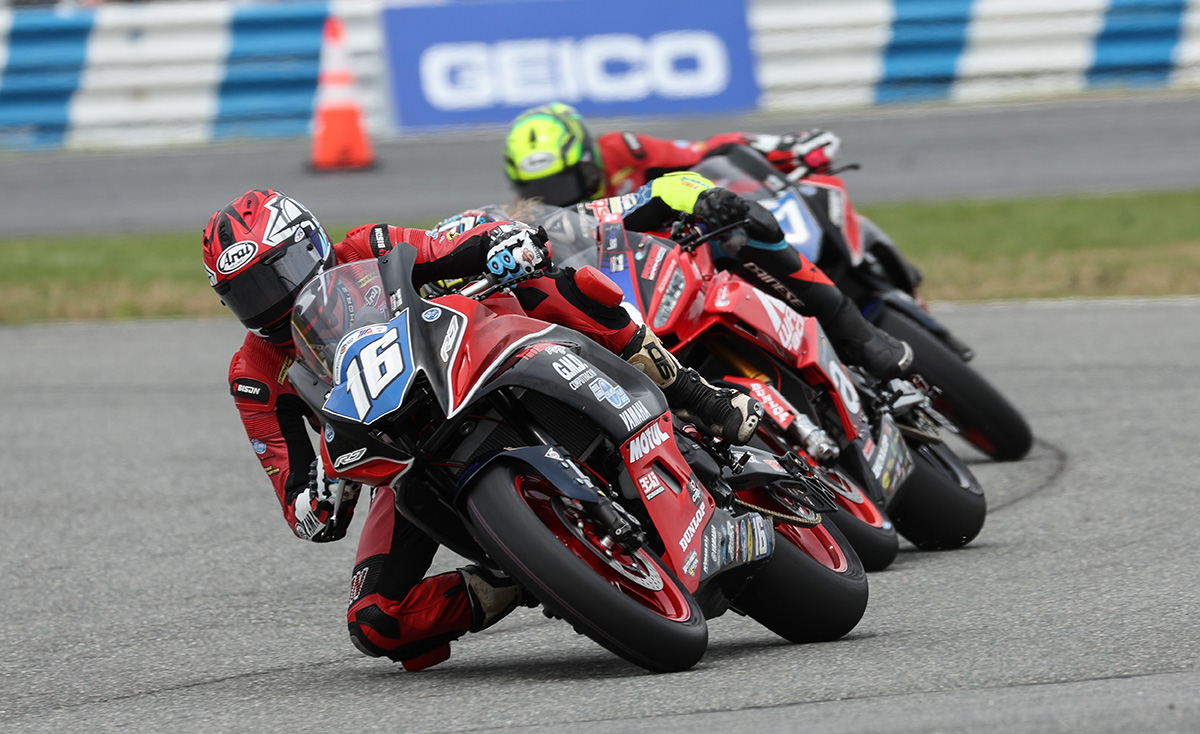 The Pure Attitude Racing team kickstarted their 2022 MotoAmerica season in Daytona this past weekend, securing a double top twenty finish despite their limitations of competing with an underpowered machine due to essential parts not being delivered on time.

Despite the clear power deficit, it was decided that the team would still compete at the iconic Daytona International Speedway in Florida to give riders Trevor Standish and Liam MacDonald valuable seat time ahead of the team’s home race at Road Atlanta in April.

Both riders rode a solid weekend providing feedback that should enable them to race with the front group from Round 2 onwards, the team leaving Daytona more than satisfied with their efforts.

Trevor Standish:
“I was running by myself for the whole of qualifying, but I didn’t want to pull in as I knew we needed data and as many laps as possible. I improved my time over what I had achieved in FP1 but knew it would be a tough weekend, races wise. I got boxed in a bit at the start of Race 1 but at the flag finished inside the top twenty, which given the circumstances I’m happy with. Race 2 was a five-lap sprint, and I was able to make a better start but just like in Race 1 I was unable to do anything more as the bike was just too slow, for the reasons we all knew before coming to Daytona. The positive thing is the bike handles great. I know we have a lot more potential in the bike and in myself and I am excited to show our true pace when we move to Atlanta.”

Liam MacDonald:
“I wasn’t overly stoked with Race 1, there are things I wish I had done differently but it was impossible with the speed deficit we had. I was trying so hard to make up the time in the corners but would lose it all on the banks. I rode the last couple of laps in a smart way, and just tried to learn as much as I could. I was really frustrated before the race started and thought that the number of laps we were given because of the rain delays was a bit of joke. Overall though I am happy with how I rode, and how the team and I were able to improve my feeling during the weekend which enabled me to finish inside the top twenty even though we were losing over 15mph – which is a straight-line speed disadvantage that nobody would have been able to overcome. Leaving Daytona, I feel a lot better with how I am riding compared to last year and I am confident then we get our full spec engines for Round 2 that I will be able to achieve some good results.”