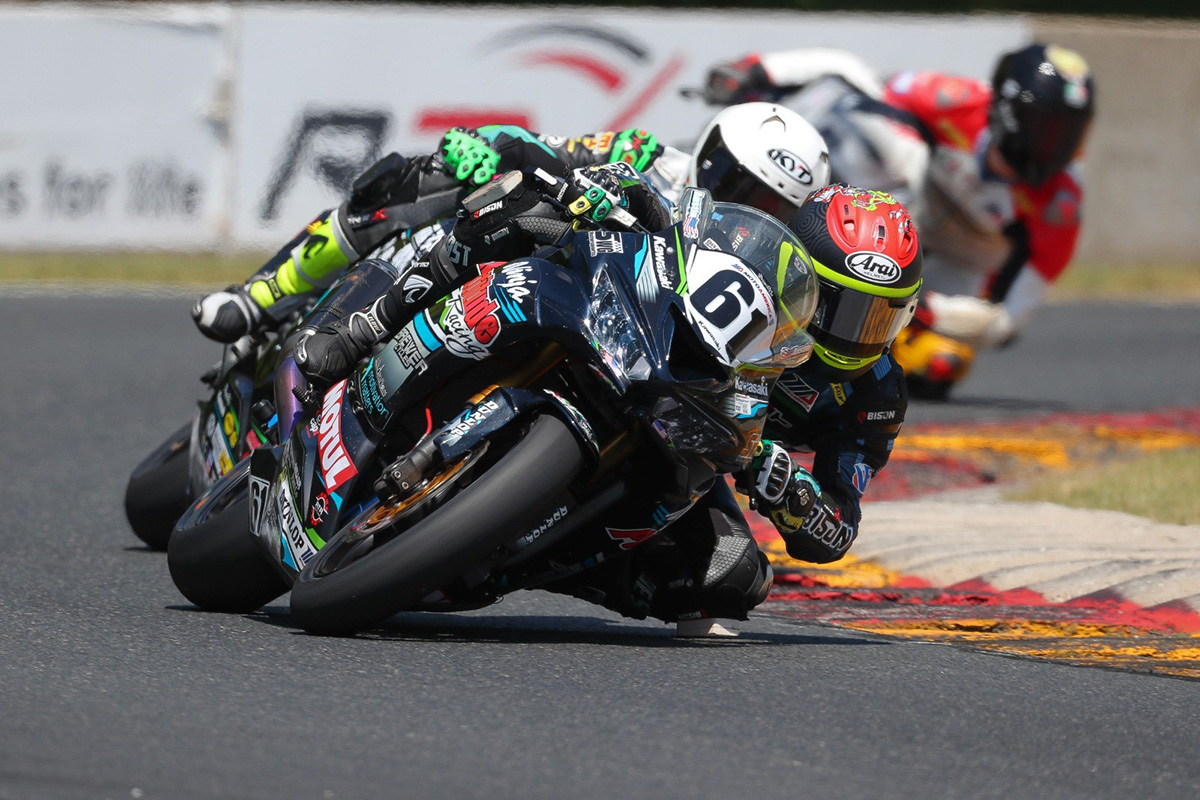 It was another solid weekend for the Pure Attitude Racing Team in the latest round of the 2021 MotoAmerica Championship, held this past weekend at the iconic Road America circuit in Wisconsin.

With their four riders, Nate Minster and Austin Miller (Supersport), and Liam MacDonald and Trevor Standish (Twins Cup), back in action, it was another busy weekend, but one in which the squad can look back on satisfied with how they performed.

Supersport saw the return to the top ten for Nate Minster, the #99 Yamaha rider claiming a double points scoring finish, whilst Austin Miller added further points to his season tally on Saturday, narrowly missing the final point for fifteenth on Sunday after a hard-fought race aboard his Kawasaki.

In Twins Cup both Liam MacDonald and Trevor Standish were once again in the mix. Liam raced to a career best finish of fifth, once again showing great potential and speed at a circuit he doesn’t know. Trevor on the other hand failed to finish. The #16 crashed out of a potential podium early on, suffering a fractured hand in the incident. Further updates on when he will return to the track will follow in due course.

The team now head to The Ridge Motorsports Park in Washington in a fortnight.

Austin Miller:
“The track felt a little different in Q1 than it did on Friday morning. We made a change, but the majority of riders were slower, maybe because of the temperature. I felt good and the bike felt good, and we were able to race hard and score some more points on Saturday, but Race 2 was kind of rough. I wrongly turned the Pit Limiter on and so I was playing catch up. I made a good start and passed a few people but was too far behind to do anything really. A few people went down, and I was closing in on the top fifteen, but I ran out of laps. I was overriding a bit and made a few mistakes, but we can take the positives from the weekend. We have the test day at The Ridge, and this will definitely help us.”

Nate Minster:
“We had a small electrical issue in Free Practice which came back after about four laps in Q1 which is a shame as I felt really good, even it was only for those four laps in the afternoon. Race 2 was better than race one. We figured out the suspension issue and I was able to improve my lap times by over two seconds a lap and finished in the top ten which I am happy about. We can now move on to The Ridge and hopefully keep the momentum going.”

Liam MacDonald:
“Friday was a good day considering we lost most of the morning session after Jody (Barry) went down hard and they red flagged our session. The main thing is that he looks to be doing ok which is good news to hear and I wish him a speedy recovery. I was still learning the place in Q1. I was able to hang with some of the top guys but stayed out the whole session which was the plan. We ended the opening day in P8 which was my best provisional grid slot, so all things considered I was happy. I improved in Q2 and achieved my best qualifying position. In the race I made a good start and saw Trevor go down in front of me but thankfully he is not too badly hurt. I knew I was in the top six and then I just focused as other guys started to fall. I closed in on P4 and narrowly missed out on the line, but I am super happy. I have scored points in every race, and we are getting close to the podium. A big thanks to the whole Pure Attitude Racing team. They are really giving me the tools to do a good job!”

Trevor Standish:
“I struggled with the feeling on the bike in Q1 but the times we did were still decent which pleased me. We made some changes for Q2 which worked, and I was able to qualify fourth. I made a great start, but my race was over pretty much immediately. I knew I had the pace to run at the front, but I made a small mistake and went down. I have fractured my hand but thankfully it is not too bad, and we will be back on track stronger than ever really soon. It’s disappointing to score no points but the season is long, and we have shown that we have the potential to fight for podiums every race and this is what I have to remember as we move on to The Ridge, Laguna and the rest of the tracks.”