This is no April Fool! Meet our riders 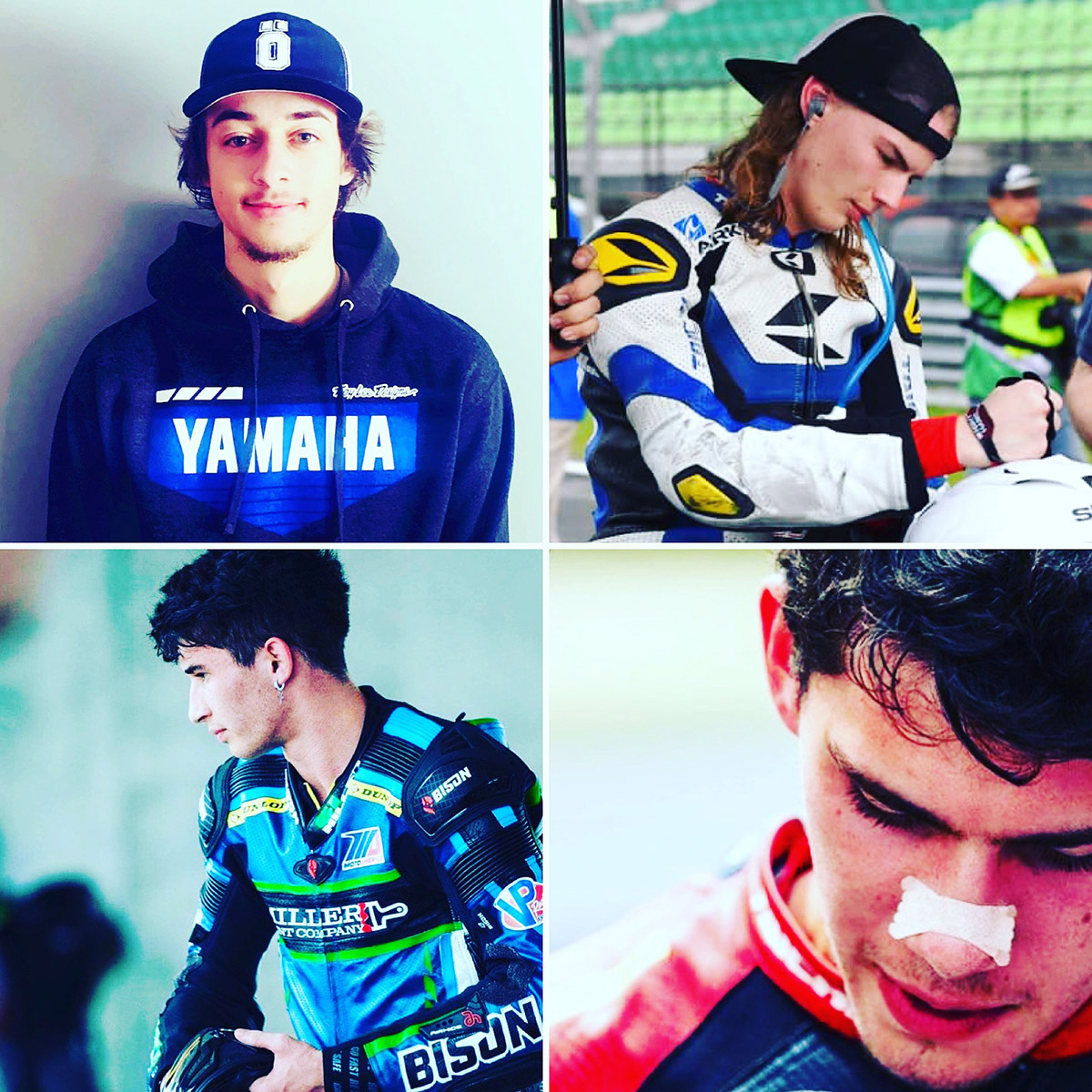 Nate Minster, who finished an impressive seventh overall in last year’s series after achieving points scoring results in all but one event, joins the team’s Supersport line up for 2021. The winner of the AMA Youth Road Racer of the year in 2016 and a regular in the MotoAmerica paddock since 2017, Nate will be looking to build on his 2020 tally of 148 points as he chases a maiden Supersport podium aboard his Yamaha R6 in his sophomore year.

Austin Miller is a former off-road champ, winning multiple state AMA championships in both Motocross and Supercross. Currently studying at The University of North Carolina Charlotte, majoring in Mechanical Engineering, he has limited experience on tarmac experience but impressed on his MotoAmerica debut last season, catching the eye of Pure Attitude Racing. He will represent them in his first full season of Supersport racing aboard a Kawasaki ZX-6R.

A former child actor, Trevor Standish has been making a name for himself off screen and on the track in recent years. Already a MotoAmerica podium finisher in the Junior Cup category, he finished an impressive eighth overall in his first year of Twins Cup competition, with a best result of sixth in the season finale.

21 year old Kiwi Liam MacDonald joins Pure Attitude Racing for the 2021 season and will make his MotoAmerica debut at Road Atlanta. Liam was the 2018 Malaysian Supersport Champion and is a top ten finisher in the Asia Road Racing Supersport Championship.