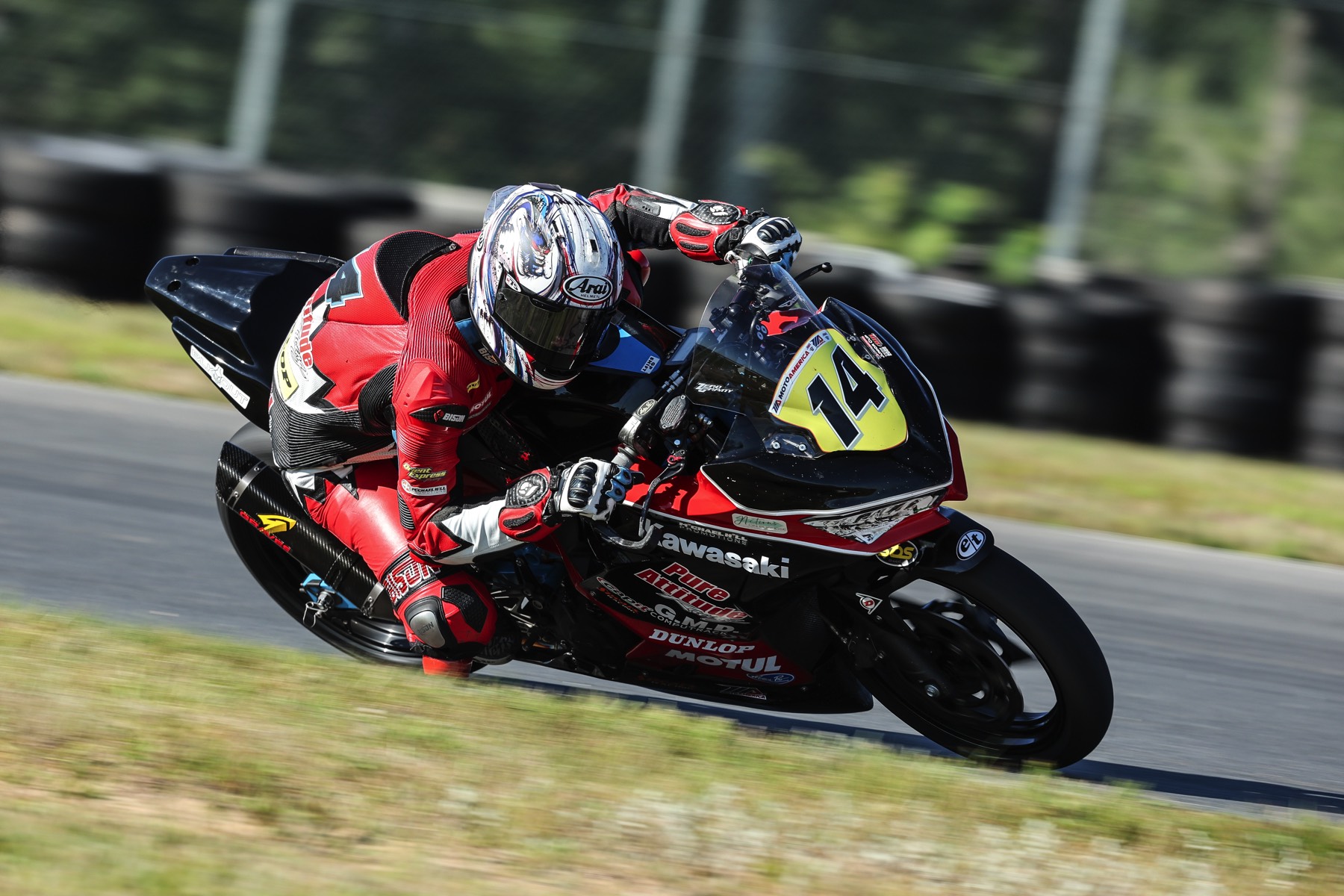 Pure Attitude Racing head to the final three rounds of the MotoAmerica Championship after an emotional and challenging weekend at Brainerd International Raceway in Minnesota.

Looking to build on their successes at The Ridge and Laguna Seca it was an encouraging start to the weekend for team but all thoughts about what happened on track pails into insignificance following the tragic loss of fellow MotoAmerica competitor Scott Briody on Friday afternoon. The entire Pure Attitude team sends its deepest condolences to Scott’s family and friends, his team and the entire MotoAmerica paddock.

On track the team suffered a double DNF in Twins Cup with Liam MacDonald suffering a technical issue moments before lights out and Trevor Standish crashing out of P11 on the final lap. Both riders had shown pace with Liam especially looking as though a top eight challenge was possible. Chase Black qualified on the second row of the grid in Junior Cup. He raced to sixth in Saturday’s opener before he too was forced to retire on Sunday.

The team will now regroup ahead of the next event in Pittsburgh in three weeks.

Chase Black:
“The result on Saturday was ok but I could have been on the podium and so I am a little disappointed. I got passed by four people off the start and although I was able to close the gap and run with the group, I couldn’t find a way through. On Sunday I started better but almost crashed and the chain came off. The race was red flagged due to another incident but because I was already out before the red flag I couldn’t restart later in the day. Not ideal but that’s racing. Thoughts are with Scott Briody’s family right now.”

Liam MacDonald:
“Well that didn’t go to plan. The bike had been running as sweet as can be all weekend, no issues at all and then with minutes to go it just stopped. Kent, Dean and Todd have worked their buts off and I am gutted for them as much as me. On the grid after the sighting lap, it just lost power and despite our best efforts we had to pull off. It’s so disappointing after we had finally shown decent pace, but I am staying positive and moving on to the next one with my head held high. After what happened on Friday, nothing else really matters. Rest in Peace Scott.”

Trevor Standish:
“I made a good start, and the race was going well, and I was really enjoying riding the bike. I was running eleventh but with half a lap to go I went. I am not entirely sure what happened, but I got run over and am a bit second hand. I want to thank the medical staff at the track and at the hospital and everyone who enquired about me. I will be back stronger but right now I want to send my prayers and thoughts to the Scott’s family. It’s been a tough weekend.”